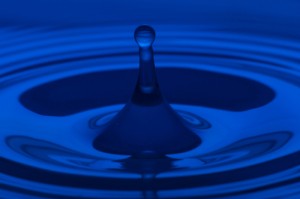 The recent health care legislation has evoked strong emotion across industry segments, and chances are, there are health professionals that would like to contribute to the online conversations, but are hesitate to jump into social media.  Consider that the timing is perfect to create an imperative for others to listen – all that is needed is a nudge to find your voice, because there is no benefit to not speaking up, no matter how passionately you feel about something.

I had the privilege of interviewing, author, speaker and coach, Sandy Schussel, on how fear can be a roadblock to doing something new. In his book, The High Diving Board, How to Overcome Your Fear and Live Your Dream, he identified seven paralyzing fears:

Sandy continued with saying that you have a choice to speak up…or not.  His remarks remind me of what Margaret Meade said, “I must admit that I personally measure success in terms of the contributions an individual makes to her or his fellow human beings.”  So where do you want to make a difference, where do you want to engage?  Finding your voice is critical to making a difference – and, keep in mind that there are tribes waiting to be formed and looking for your unique vision and voice.  Don’t let fear stand in your way.

3 thoughts on “Pushing Through the Hesitation of Social Media”