Whether based on the economy, health care legislation, or changes in purchaser mindset, it may be the perfect time for health care companies to step back from their BHAG’s in order to gain some innovation perspective. Have the big questions changed? Here is a question that may raise eyebrows: What does health care need? Health care needs a healthy dose of innovation.

Recently, I became aware and involved with the Investing in Innovation (i2) initiative, created by the Office of the National Coordinator, which is the first federal program to operate under the authority of the America COMPETES reauthorization Act of 2010, signed into law by President Obama in January of this year. Essentially, this program awards prizes for participants that provide solutions to health IT problems. These challenges are managed by Health2.0 specifically, by Jean-Luc Neptune, MD, MBA, who has deep roots in innovation.
The program has two parts: (1) competition, in which teams are formed to tackle health information challenges and (2) community, where innovators and practitioners work together to solve problems with public data. Many in health care may not be aware that data from Federal sources has been made available for research.
Dr. Neptune explained that there has been tremendous interest in the challenges from many different business sectors, and providing new tools and knowledge for stakeholders will be the basis for health care transformation, advancement, and sustainability. Further, this convergence of innovators, data, government, and technology creates a transparent and open community of innovation for public health promotion and prevention.

I am fully aware of the argument that spending on technology does not necessarily translate into value or better health outcomes, however from my perspective, initiatives that result in stakeholders revisiting business models and physicians leading more innovation projects are a catalyst for creating relevant insight and value. Health care has been relentless in evaluating gaps in care, outcome improvement, and cost reduction, but unfortunately, we have been unable to drive meaningful change in health care. I would suggest that we have been concentrating on the right issues but without a new framework of thinking.

Converting the success of this highly visible initiative into real opportunity will be obvious to health care entrepreneurs because there is minimal risk. Additionally, there has never been a time in health care with this type of unprecedented access to government data for innovation. The right innovator will see this as the perfect storm to navigate.

Where does creativity come from?  According to Ken Robinson’s Out of Our Minds, some people have strong abilities in many areas, music, mathematics, verbal reasoning, visual thinking and so on, and typically think of such people as Renaissance type figures.  And while he explains that high ability in one area does not entail in others, he also frames creativity as not only a matter of inspiration, but that skill is involved as well.  There could not be a better description of Dr. Steven Eisenberg, a board certified doctor of Internal Medicine, Medical Oncology and Hematology, who connects with his patients  beyond their diagnosis of cancer, by creating and singing music for them. 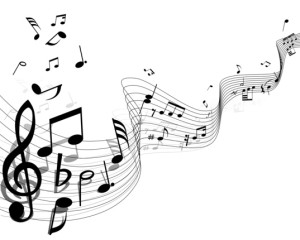 Yesterday, I had the great privilege of interviewing Steven about his creative approach and he shared what he calls sailing the #7C’s: Caring, Connection, Collaboration, Creativity, Compassion, Community and Communication.  Steven believes in possibilities and passes on hope and a strong sense of well-being to his patients.  He shares how music can trigger positive emotional and physiologic reactions, and that those with cancer can have quality of life, even should they physically decline.

Of course, I asked of the Twitterverse, if creativity could be learned, and of course, @Ken_Rosen was the first to respond with a resounding yes.  Ken Robinson agrees with Ken, or vice versa.  I would have to agree – in this context, music therapy has been around since ancient times and in Western medicine since the 1950′s; Dr. Steven Eisenberg decided to use his gift by picking up his guitar and his stethoscope to change lives.  I hope that you enjoy this unplugged interview…I did! 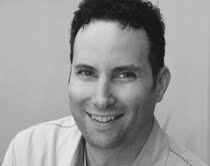 EnlightenMed, LLC and Lyrical Life were founded by Dr. Steven Eisenberg, a board certified doctor of Internal Medicine, Medical Oncology and Hematology. He is a founding member of Pacific Oncology and Hematology Associates in greater San Diego. Dr. Eisenberg uses music, humor and heart to transform his patients’ journeys through the minefield of cancer.

Aesop’s Fables – The Swan and the Goose A CERTAIN rich man bought in the market a Goose and a Swan. He fed the one for his table and kept the other for the sake of its song. When the time came for killing the Goose, the cook went to get him at night, when it was dark, and he was not able to distinguish one bird from the other. By mistake he caught the Swan instead of the Goose. The Swan, threatened with death, burst forth into song and thus made himself known by his voice, and preserved his life by his melody.